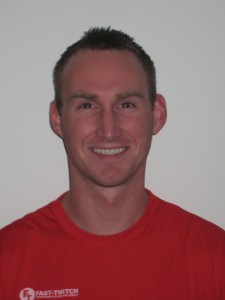 Coach Winkler served four years as an assistant coach for Football Strength and Conditioning at The Ohio State University. While on the sidelines at Ohio State, the Buckeyes appeared in two straight BCS National Championship games, won three straight Big Ten Championships and defeated Michigan all four seasons. Prior to his arrival at Ohio State, Coach Winkler played quarterback at Mount Union College for two seasons and won the 2002 Division III Football National Championship. He then joined the Ohio State football strength and conditioning staff and completed his degree in Exercise Science. After graduation, Coach Winkler continued his coaching tenure at Ohio State for the next two seasons. In addition to coaching athletes for the field of play, he has prepared many Ohio State football players for success at the NFL Combine and is considered among the best in Ohio for high school combine prep. Outside of football training, Coach Winkler has great experience enhancing performance in male and female athletes of all sports and ages. Coach Winkler has earned the distinction of Certified Strength and Conditioning Specialist (CSCS) from the National Strength and Conditioning Association (NSCA).